Speaking Against Spiritual Abuse: A Gay Communication Leader Comes Out

After working for the Adventist church for nearly 30 years, it is time to speak up against the spiritual abuse Adventists are heaping on the LGBTQ+ community. For me, the church narrative on sexuality kept me deeply closeted, burdened with incredible shame and guilt. 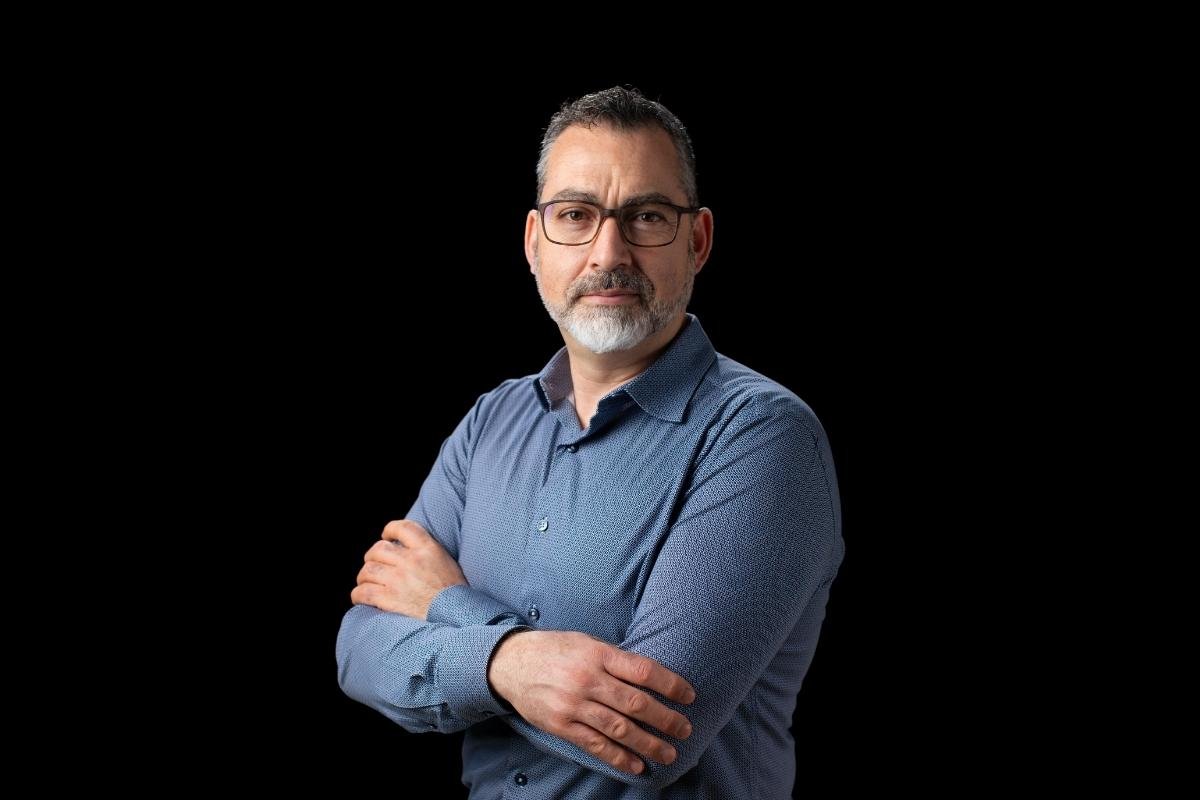 I remember being attracted to men as early as three years old. When my mother discovered these “unnatural desires,” she sternly lectured me. A high school counselor solidified my belief that I was broken when they told me I couldn’t be a Christian and be gay. God wouldn’t love me. Faced with what I believed was deep moral brokenness, I tried everything to change.

In college, I convinced myself I would get married to a woman and pray hard. I met a lovely girl, and we talked seriously about marriage. I told her about my struggles. She said everybody struggles with something and that she loved me unconditionally, regardless of my particular battle.

We believed the lie that I could change, so we got engaged and eventually married. For 28 years, we stayed together as I wrestled with the belief that God did not love me. I felt I was a wretched sinner and had to gain the victory over my gayness.

The church narrative on sexuality kept me deeply closeted throughout our marriage. I went to counseling. I was rebaptized. I even confessed my “sin” to the church elders and asked them to anoint me. All these were attempts to “overcome” my homosexuality, as if it were somehow as changeable as a preference for rocky road ice cream.

With each unanswered prayer, each failure to find a cure, I felt farther and farther from God. And still, my desires for male emotional and physical connections remained and grew stronger. The darkness was deep; the anguish was real and terrible.

This put an incredible strain on our marriage. I wasn’t able to fully love my wife and connect emotionally. I was born wired for another kind of relationship. No matter how hard I wanted to be a good partner, I always felt unfaithful by the very nature of our unequally yoked relationship.

Finally, two years ago, the pain was too great. We agreed we needed to transition to just friends, and we divorced. We were both incredibly lonely and broken, victims of the spiritual abuse the church too often places on queer people and those who love them.

The Adventist Church currently fails miserably when it comes to showing God’s love to the queer community. As a gay man, I suffered spiritual abuse that nearly drove me to take my own life on many occasions. Despite the pain, I’m grateful. I survived when so many have not.

A 2022 survey by the Trevor Project found that 50 percent of LGBTQ+ teens (ages 13–17) seriously considered attempting suicide in the past year. And 18 percent actually made a suicide attempt. The sense of hopelessness LGBTQ+ teens and others face is something I’m all too familiar with.

Lisa Oakley and Justin Humphrey define spiritual abuse in their book Escaping the Maze of Spiritual Abuse: Creating Healthy Christian Cultures. They say spiritual abuse is a form of emotional and psychological abuse, characterized by a systematic pattern of coercive and controlling behavior in a religious context.

In my case, I turned to the church in order to find a cure because I was told I needed to be fixed. Instead of finding real change, I fell victim to religious abuse in the form of coercion, rejection, and condemnation surrounding the church’s views about sexuality. The abuse resulted in low self-esteem, guilt, shame, spiritual loss, and continual thoughts of suicide.

Those who have experienced spiritual abuse know it can have a long-lived, deeply damaging impact. Despite the pain and condemnation I experienced through the years, I continued to work for the organization that taught me I am damaged goods.

For nearly 30 years, I worked for Adventist radio, a well-known mission agency, and in church administration at the conference and union level. I’ve enjoyed my work and felt blessed to produce high-quality content and programs that encouraged members and pointed people to Jesus.

When I graduated from Walla Walla University, I built and managed a new Adventist radio station in Wenatchee, Washington. I had the privilege of shepherding that station from a startup to the number one station for its demographic in the market. What stands out most from this time are the stories of lives touched by hope. For the first time, I experienced what it means to be an ambassador for Christ.

Storytelling is a theme in my career. I moved from Washington State to Michigan to tell stories in video and print. While working with Adventist Frontier Missions, I traveled the world capturing stories for broadcast documentaries, web, and print. My stories have circled the globe on Adventist satellite networks.

Since 2009, I’ve enjoyed working with the Upper Columbia Conference and, most recently, with the North Pacific Union Conference (NPUC) as the assistant to the president for communication. In this role, I’ve worked with churches and schools to tell stories of Christians in action. It has been a great joy to serve as editor of the NPUC Gleaner, a publication that has encouraged readers since 1906.

My work with the Adventist church came to a screeching halt in May 2022, when someone sent an anonymous letter to the NPUC. The letter outed me as a gay man and demanded my termination.

No doubt someone felt they were doing God’s work by cleansing the temple. Whatever their intentions were, the reality for me was harsh and tragic. My ability to continue working anywhere in the Adventist Church ended immediately. Simply put, the letter cost me my job and career with the church.

It is deeply troubling that committed Christ-followers who have sacrificed in order to work for the church are subjected to a Big Brother-style crucifixion at the hands of anonymous gossips and self-appointed Pharisees. Unfortunately, my story is not an isolated incident within Adventism. One doesn’t have to look far to discover many more people in my shoes.

Science has proven a person cannot change the way they were born any more than a leopard can change its spots, and yet the Adventist Church says queer persons are sinful and broken. We’re looked at with disgust and mistrust. We’re shamed into silence or, worse, treated as if we don’t exist.

When John Freedman, NPUC president, confronted me with the anonymous letter, he made it clear that continued employment was too problematic. The union’s constituency session was scheduled for August, with a nominating committee meeting on June 27. In spite of verbal concern and support, it was clear to me that union leadership wanted me gone—and gone quickly to avoid uncomfortable distractions in the reelection process.

I think Freedman and others hoped I’d leave quietly. Initially, I planned to. How would God be honored by creating a stir?

Then, it hit me. People have kept quiet on this issue for far too long. Silence cannot continue to be our go-to option.

My story is not unique. I personally know many Adventists who are in the closet or who are seeking to find clarity on their own sexuality. To them and others I say, you are not broken! You are beautifully and wonderfully made, and God loves you just the way you are!

As a survivor of spiritual abuse, I say to Adventist leaders and members: we must do better. No one should feel that death is the only way out of suffering created by the church. No one should suffer for how they were formed in the womb.

So how do we begin to move the needle toward a more inclusive, compassionate church? I don’t claim to have all the answers. But, here’s what I know for sure. Every human is beautiful. It is time we start recognizing the image of God in all creation.

I’ll reiterate my earlier assertion. The Adventist Church fails miserably when it comes to showing God’s love to the queer community. At the same time, it doesn’t have to remain stuck in old patterns of dysfunction. We can choose a better way.

Adventism Can Get Better

When I spend energy getting to know the people in my community, I begin to see God’s fingerprints on their lives. I see them as the beautiful people they truly are. When I listen to their stories and share my own, I discover places of commonality in mission and purpose.

Seek out LGBTQ+ persons and get to know us. From my own experience getting to know others in the queer community, I can assure of you of one thing. We have a lot of passion, creativity, and energy to give. We want to be involved in an authentic faith community that puts the love of God and the love of people above everything else.

This journey won’t be accomplished overnight.

– We must prayerfully study the Bible corporately and come to places of agreement and consensus about what Scripture truly says.

– We must work together to eradicate the unfounded fears many still hold toward LGBTQ+ persons.

– We must open doors, not simply to allow the queer community into our houses of worship, but we must find ways to welcome all persons into positions of ministry and service.

– In short, we must rise above the voice of the accuser that has kicked so many of us to the curb and love all as Jesus loved.

Is this a daunting task? Absolutely! It’s monumental, in fact. But is this an impossibility? Not at all! I’ll tell you why I believe that to be true. I believe we can work together to eradicate the spiritual abuse we’ve allowed to creep in for the same reason Paul did when he wrote to the Philippians. We are not alone on this journey to wholeness.

“And I am certain that God, who began the good work within you, will continue his work until it is finally finished on the day when Christ Jesus returns” (Philippians 1:6 NLT).

Jay Wintermeyer served as assistant to the president for communication for the Upper Columbia Conference and, in 2019, accepted a call to be the communication director and Gleaner editor for the North Pacific Union Conference. A graduate of Walla Walla University, currently works with the American Heart Association as the communication and marketing director for Montana, Oregon and Southwest Washington.

This article was originally published by Spectrum Magazine, June 2022. 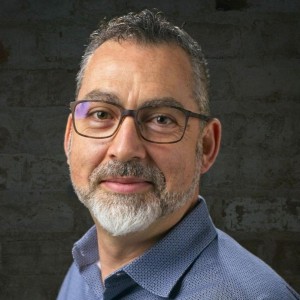 Jay Wintermeyer is a communication professional, a filmmaker and a photographer. He lives with his husband, Craig, in southwest Washington. They enjoy gardening, hiking, kayaking, cooking and entertaining and traveling the world in search of the perfect waterfall.
PrevPreviousLife Moments
NextBreaking My SilenceNext